SYRUP LITE RPG FRAMEWORK is made up of systems and screens i developed for SYRUP 2: CANDY ALCHEMY RPG (currently in production!)

in order to make the creation of ren'py RPGs much easier, i'm sharing my code for free!

all scripts include comments explaining each section--but if you're new to programming, i've also created an instructional pdf explaining all the code in as simple terms as i could manage.

basic knowledge of ren'py is recommended before you start editing the files!

feel free to modify the code to your heart's content. it's ok to use it for commercial projects, too! credit is appreciated, but not necessary.

this project is also on github! special thanks to OrcasTeInflan for helping me set that up!!

questions+support: nomnomnamidev@gmail.com
(or leave a comment! i'll try to respond if i can.)

Thank you for publishing this! I've always wanted to see the code behind projects as good as yours, and now I get to have a sneak peek!

Nice. This looks cool so I might use this for my game

This is incredibly cute! I was wavering between Ren'Py and another engine to make my current game, and this might be the decider. Great work! So cute!

Hey I love how your inventory is set up! But I am having the hardest time adding a property to the items. I've been at it for hours 😅 I want a simple inventory that can split between two types of items (profiles and evidence), and to open screen inventory in the menu (and I think I got the last part down!). I can't quite figure out sorting

sure! is there a way you can show me what code you have so far? if ren'py is giving you any specific errors i might be able to spot what's going wrong haha

you are a legend!

Didn't knew this existed until today, what a great tool.

I downloaded this a whilllllllllllle back, but am now just getting around to utilizing it in a late 2022 game.

Ooh, nice! This should be incredibly useful...

Hmm, I feel like the next step (beyond specialized attacks) is for someone to make a "intended to be used with SyrupLiteRPG" toolset for overworlds and/or clickable-image-coding - I was already planning to write a package to simplifying that in ren.py, so.... If I do, I'll just crosscheck it with yours and let you know?

YOOOOOO????? THIS IS THE COOLEST FUCKIGN THING YOU'RE A LEGEND

Nami do you know what you just did?? YOU'VE SAVED MY ENTRY FOR A GAME JAAAAAMMM, man, you are just so awesome!!

Thanks for this. It's immensely helpful.

I have downloaded this. I shall make the best Kitten based RPG in all of the land. I shall credit you.

Hey Nami, it seems like leveling up in this doesn't work? Apologies my understanding of the coding language is...pretty minimal at best. So if there's just something I'm missing, sorry about that. Was just curious if you knew how to fix that, seems like Syrup is at a constant level 1 even after leveling up multiple times here.

pre_battle should only run one time at the start of the game--in the sample project it jumps there each time you select the battle option since you're not intended to keep your progress there. the pre_battle label sets the player's stats to level 1 since that's the default, which is why i assume that's what's happening!

sorry for the confusion, and i hope this helps! i can try to set it up more intuitively the next time i update this project haha

Ah! That explains it. That's totally my bad, I just didn't get it set up right. Thank you for explaining that, it's very appreciated.

thanks so much for this comprehensive and easy to understand tutorial! one question though, nyaatrap's inventory.rpy file seems to be entirely in japanese, and it doesn't make much sense even when using google translate, is there an english translation anywhere? im so sorry to bother (-w-;)

not that i'm aware of.. sorry i can't help with that!

Can't wait for the game to come out òwó

would you be doing one of these tutorial type things with RPGMaker too? this is great!

ahh there are actually a lot of rpg maker tutorials out there so i think i'll leave that to others! vx ace (the version that i use) is kinda old now and not that many people are using it to make games compared to ren'py.

how can I make the battle system endless? wanted to make a high score based game with the battle template.

hm there's a couple ways depending on what kind of endless you mean--you could have it loop back around to battle_start or take out the part where knocking the characters' hp down to 0 jumps to battle_win/lose. that's where i would start! i imagine it'd need quite a few adjustments to become the kind of game you're thinking of though haha

[Well, first ever comment in itch.io. Here goes nothing.]

Is this going to replace RPG Maker as the framework for the LWT series in the future??

unfortunately i can't make the tiled world/walking around part in ren'py. maybe one day though...

Really cool but is there an Equipment section and a Skills section? Or is combat just basic HP and those 3 stats?

just basic stats right now--the battles are designed more as a minigame than a serious RPG, but i'd like to add onto it in the future if i have time!

That’s cool. As it is it can work as a side plot device. Does the player still gets XP?(experience points?)

yes there's still experience points and level up! the current level cap is only 10 though, it doesn't scale very well haha.

Might I suggest a sort by category in the inventory screen, similar to how you can sort by battle items, etc. in the crafting screen. If you need to sort by craftables or quest items, for example, this would be useful. Similarly, a category in the market could also be useful (e.g. food, battle, craftables).

Perhaps a basic 'special' attack for the combat, which would allow people to experiment. It would also serve to make the guard option useful instead of redundant. I realise this might be out of your scope, but thought I'd suggest it if you decide to expand in the future.

Looking forward to the updates you have planned with the quests! Would also be interested in the exploration, and ally portion of the battle system, if you feel comfortable with those at some point too.

This will be big help to many, so thank you for providing it to the community!

thanks for the feedback! i can definitely add a lot of this in future updates, especially the categories. i'm planning on updating with quests today, i just have to finish writing up the documentation for it :) thanks for checking this out!

1.You said that it's opensource, but where is the license file?

2.Why is your framework in category "Assets" rather than "Tools"?

i decided on the assets category because of similar things other people have uploaded. this isn't really a standalone tool, but i guess it's kind of a grey area... hmm now i don't know if i should switch categories haha

I've not worked on a Ren'py game in about four years and this immediately makes me want to do a new one. Thank you.

This is super cute!  Thank you for providing this for everyone!

Thank you! I will definitely use it.

Reply
The Mirage2 years ago

Thank you so much!!! If I use this I will absolutely give you full credit!!!

Gosh, you are the true savior of my currently developing game. Thank you so much!

Ooo! I can't wait for the release of the new game! Will you be making a mobile version?

(breaks down the door) Thank you so much! :0

Can't wait to try this out over the holiday break!!!

Can't wait to try this out!

..... this is honestly what I was looking for. Thank you. If/when this is utilized, you shall receive full credit.

This is really cool. I hope someone puts this to use. 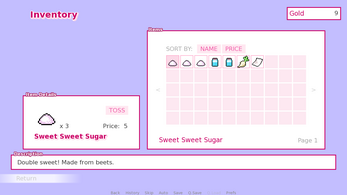 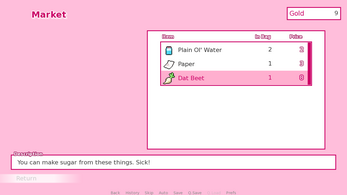 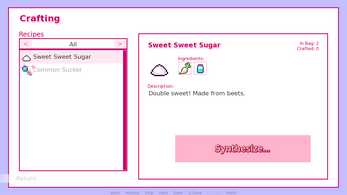 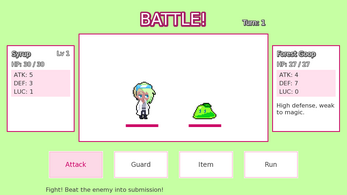 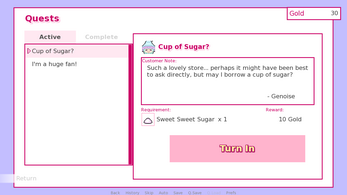