this game has a bit of a story around how it ended up getting made, so i thought i'd talk about it here! along the way, i've included a bunch of work in progress screenshots to varying degrees of relevancy. LET'S BEGIN...

originally, this started for my first game jam 2020, as an excuse to try to make a game with rpgmaker 2003! 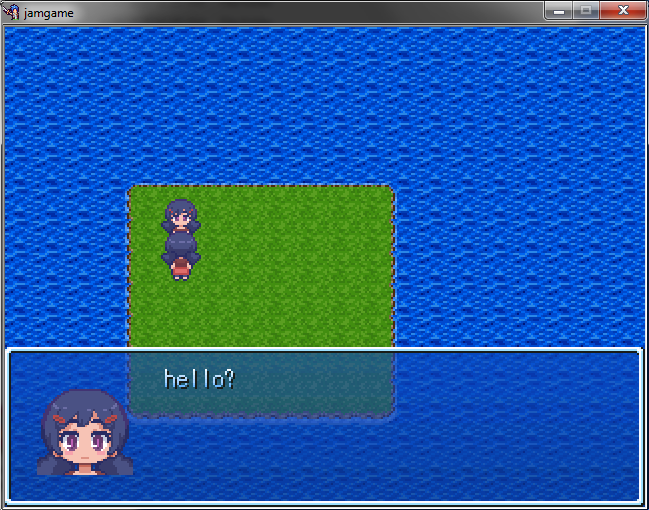 ...but i quickly realized there were a lot of things about the program that made working with it very tedious. this was around the end of january, so i don't remember exactly what made me give up... but i think it must've had something to do with sprite sheets needing to be indexed pngs, which i know aseprite does, but i prefer to do my pixel art in paint tool SAI. so each time i needed to change something, i'd have to jump through hoops to format it correctly so that the game wouldn't crash on launch.

after a day or so i decided i could make a better game if i just switched over to VX Ace... which i'd made 7 games with at that point, so i'm very comfortable with scripting in it! i already drew the assets for the main characters (and i really liked those) and it turns out vx ace tiles are exactly twice the size of 2003's, so i just upscaled and kept the look. 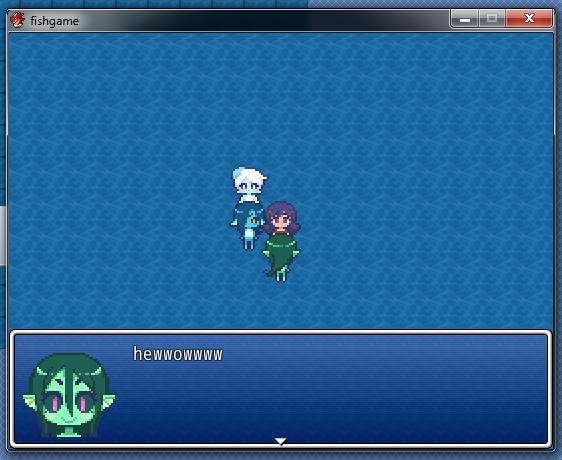 since i'd abandoned the entire premise of the game jam, i suddenly had the freedom to take my time with this thing!

i worked on it all through february, having fun making lots of cute assets and trying to keep the story very simple and contained. it originally took place over a single day, with 2 main endings! (i won't explain what they were exactly because of spoilers, but they were basically rolled together in sequence to become the single ending of the final game.) just when i thought i'd reached the finish line, i got a lot of feedback from my friends (specifically my gf!) on what i could do to make the story stronger. without that feedback i would've released something kinda disappointing, so i'm really grateful for their help!

at the same time... i ended up taking a really long break from this project after that! i felt like i had almost rushed something out that was really subpar, and it was painful to think about attempting to fix it. but it DID need to be fixed. i just needed to recharge for a while before trying again...

so what i had intended as a one month break turned into two and a half. which is a shame, because the music was all done and everything! it's tough having a game that's ALMOST FINISHED hovering just behind your shoulder, especially for me--i'm always pressuring myself to be constantly putting stuff out. it seemed like the amount of work that was left i could realistically complete with just a good weekend or two of work. but mentally, i wasn't in the right place to be able to start. so for a lot of that time i felt bad for not being able to finish it, until i finally accepted HEY, THERE'S A LOT GOING ON IN THE WORLD, IT'S OKAY TO NOT FEEL UP TO THIS RIGHT NOW!

and then, in the middle of may, the stars finally aligned...

...and 3 days of work later, the game was basically done.

letting yourself recharge really does wonders for productivity!!!!!!! 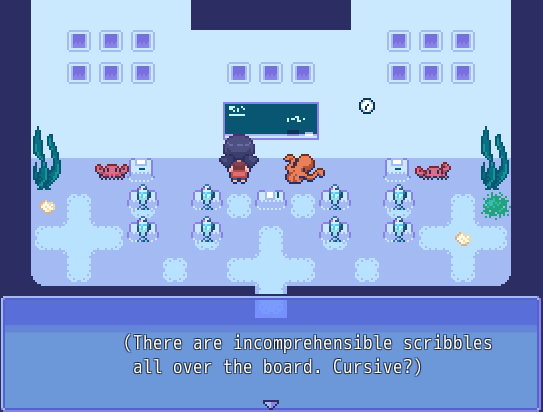 the story has a lot to do with mental health struggles, i think because it's a PRODUCT of mental health struggles. i've personally had trouble with burnout in the past year or so, and feeling a lot of depression symptoms when that's really never even been a THING for me in the past. at the time of writing this, i'm not sure how this game will be received! it's hard for me to have confidence considering the rocky dev time it had.

i hope maia's little undersea journey is relatable. at the same time, i hope it's not! there's a lot of heavy feelings in there for a kid!! 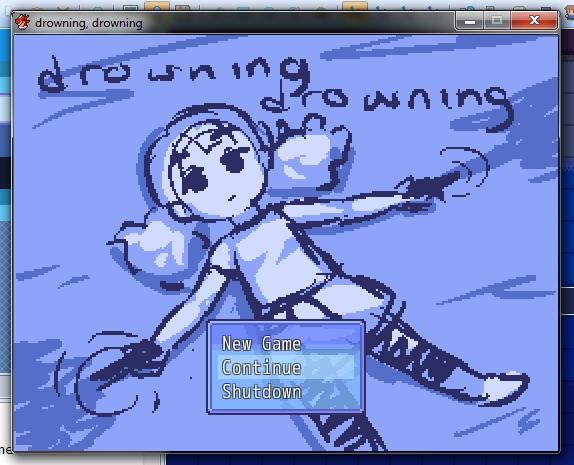 anyway, i'm glad i was finally able to release this! looking forward to hearing what people think!!

thanks for reading. see you next time!

a girl dives into the sea and makes new friends

"as an excuse to try to make a game with rpgmaker 2003" Just curious, why did you want to use older version of RpgMaker?

i wanted to try it out, since there are older games i like that are made with it. the battle system is set up differently too (not that i usually make games with fighting... it just seemed cool)

Thank you so much for this wonderful game! Hope you enjoyed making it as much as we enjoyed playing it!

Wow, thank you for sharing!